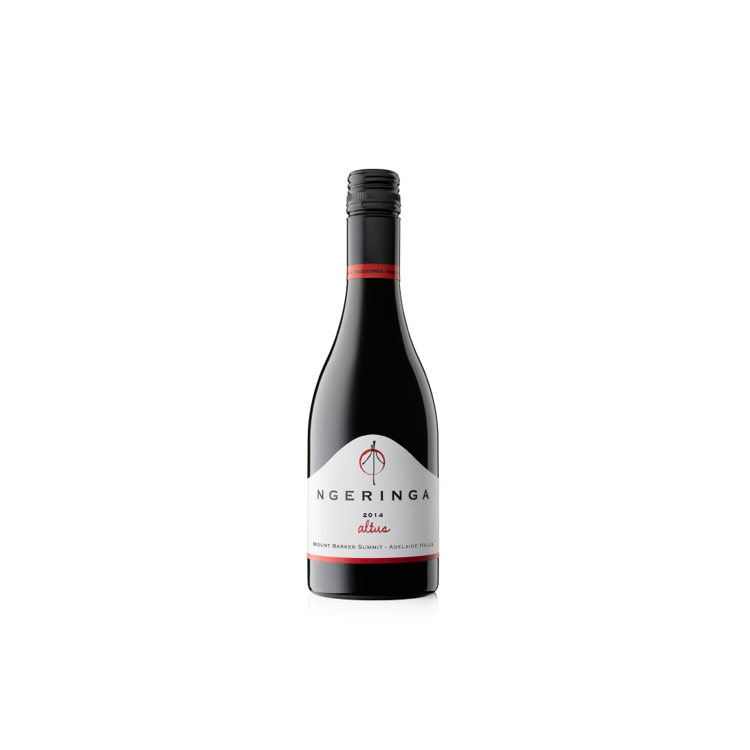 The Tuscan-Inspired style takes us right back to our days traipsing Italy vineyards. - Erinn Klein, Winemaker

A golden nectar, rich sweet and complex, with concentrated notes of dried apricots, figs, prunes, cedar and burnt caramel. On the palate, the Altus has vibrant characters of raisin and honey, blended with hints of Turkish delight and crème caramel. Lingering flavours, like the sweetest of memories, promise to keep your tastebuds smiling for hours.

NGERINGA Altus is made from solely estate-grown aromatic grape varieties - predominantly Viognier and Pink Semillon with small quantities of Gewürztraminer and Pinot Gris. The grapes are harvested from all of our vineyards: Summit, Iluma and Rufus.

The grapes are gently hand-harvested, placed on re-purposed timber drying racks - previously used on the Jurlique Herb Farms for drying herbs and flowers, and left for 3 weeks to more than double their sugar concentration by process of dehydration. The dried grapes are then pressed over several days, into an old French barrique, where they remain, outside in the elements for five years, to allow for fermentation and oxidative maturation. The final product is lovingly estate bottled into 375ml bottles, for you to enjoy now, or further preserve for your own special occasion.

2014 was a year of dramatic, record-book extremes right across Australia. In South Australia and up into the Adelaide Hills we saw the second highest annual mean temperatures on record. From October rainfalls were significantly lower than average and by December the mercury was rising, resulting for an early bud set in the vineyards. January brought intense heat waves across the state, with five days in Adelaide registering above 42ºC. Hot days and warmer than average nights brought about an early veraison, though as ever, cooling breezes from Lake Alexandrina did what they could to minimise our evening temperatures, in particular, sparing us the worst of the extremes. As February arrived, the whole equation was to change. Intense storms at the beginning and middle of the month brought gale force winds and intense rainfalls, with over 100mm of rain falling between the 13th and 14th and bringing the hot, dry conditions to a thundering halt. While the cooler temperatures and wetter soils slowed ripening across many of the later varieties, the earlier ripeners were already well on their way to harvest. The outcome of the wild conditions was an uncommonly long vintage with each varietal requiring careful consideration to ensure optimal flavour at harvest.

There are no reviews yet.